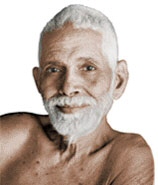 In reply to a question from a sannyasi, Ramana Maharshi made the following statement about samadhi:

When we have tendencies that we are trying to give up, that is to say when we are still imperfect and have to make conscious efforts to keep the mind one-pointed or free from thought, the thoughtless state which we thus attain is nirvikalpa samadhi.

When, through practice, we are always in that state, not going into samadhi and coming out again, that is the sahaja state. In the sahaja state one sees only the Self and one sees the world as a form assumed by the Self.

On another occasion in reply to the question “What is samadhi?”, he stated:

In yoga the term is used to indicate some kind of trance and there are various kinds of samadhi. But the samadhi I speak to you about is different.

It is sahaja samadhi.

In this state you remain calm and composed during activity. You realise that you are moved by the deeper self within and are unaffected by what you do or say or think. You have no worries, anxieties or cares, for you realise that there is nothing that belongs to you as ego and that everything is being done by something with which you are in conscious union.