The Story of the Law of One in Atlantis 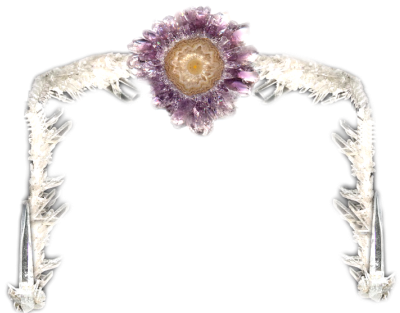 Archangel Metatron speaks about the powerful crystals of Atlantis and how some of them activate on 11-11-11. They will energize the 144-Grid into 92% functionality and awaken and code the Crysto-Golden Sun Disc placed in Arkansas and align with the 12 patterns of same throughout the planet. I think that crystals are really powerful energy unknown so far and I like the idea that my (imaginary) spaceship is driven for years by only one crystal…

Greetings Masters, I am Archangel Metatron, Lord of Light! I greet you all in a vector of unconditional love!

And so as the 11-11-11 rapidly approaches, the powerful Atlantean Temple Crystals across the planet surge into greater potency. The Platinum Crystal brings forth the facilitated access into higher dimension, and brings the completion of the Divine Feminine Energy through the Platinum Ray.

The magnificent Platinum Crystal, long held in dormancy beneath Magnetic Mount in Eureka Springs, Arkansas, achieves its activation & initial potency at 11:11 A.M. on the morning of November 11th, 2011, and awakens from a long sleep. The Platinum Crystal is the Crystal of the Law of One, the highest balanced frequency of your planet.

Masters, no place on the planet will reverberate as powerfully with the Crystalline frequency on the 11-11-11 as the crystal vortex of Arkansas. Indeed the initial surge will occur there and then trigger the other awakenings axialtonally from inside the Arkansas Crystal Vortex.

In kind, they will energize the 144-Grid into 92% functionality and awaken & code the Crysto-Golden Sun Disc placed in Arkansas and align with the 12 patterns of same throughout the planet. Many are called; many of you are code-carriers of the Ascension blueprint, and many are drawn to participate in this Crystalline awakening, as part of an ancient contract, a sacred promise whose time has finally come. Many are there already, having been called to live within this crystalline vortex that will be fully in place in 2012.

We first shared the information regarding the twelve unique Triple Date Portals via Tyberonn of the Pleiades, over a decade ago. These are unique numerical frequential portals sequenced in base 12. These TDPs are purposed to activate the Crystalline Transition. And although many of humanity have now ascribed to the trenchant vigor of these date-portals, they have somewhat overlooked the core understanding of their substantive significance. The Triple Date Portals (01-01-01 thru 12-12-12) are equivocally aligned to the activation of the 12 geo-pentagonal aspects of the ‚double penta-dodecahedron‘ of the 144-Crystalline Grid. The twelve dodecahedronal aspects of the Crystalline grid are accordingly integrated with the ‚human‘ interface codes in the gatherings and meditations occurring on these frequential aperture dates. And Masters, that is so appropriate.

Masters, it is not happenstance that MAX, Crystallus Maximus, will be at the 11-11-11 in the Law of One Atlantean Energy of Arkansas. MAX is by far the most powerful Crystalline Conscious Library on the planet at this time. MAX carries the full records and all of the codes of the New Earth are within MAX. MAX will receive a Cosmic influx on the 11-11-11, at 11:11 am within the energy of the Crystal Vortex. It will be transferred to MAX as an upshift download from the 13th Paradigm Energies, assisted by the realms of what you term the Metatronic Field, including the Sirian-Pleiadean Alliance and Sacred Cetacean of Sirius , the Golden Dolphin.. With this expanded and recoded information, MAX will be the initial conduit that passes the new codes to the code carriers, and activates these new codes within the Crysto-Sun Disc at Mount Pinnacle in the powerful crystal energy of Arkansas.

There will be a mutual exchange between MAX and the Platinum Crystal; one triggers a new influx, and the other transmits the new codes. MAX will take on a greater energy than he has carried to date. An energy that he transfers to the Crystalline Vortex, the Sun Disc and the human code carriers.

And so we bring new information on the emerging mega vortex of Arkansas, the portal of the quantum crystalline frequency. For now, in 2011, this vortex truly nears final completion and vaults into greater global prominence. Within the 2011 and 2012 completion are the further unfolding of the dimensional lock that held the Master Temple Crystals. For within these living crystalline computers lies the true Atlantean wisdom, that of the Golden Age of Atlantis, that of the Law of One. It was and is to date, the highest frequency obtained on your earth plane.

Much has been forgotten of the true realm of Atlantis. Many tend to remember only the sad demise, under the Aryan influence of greed and lust for power. We tell you it is time to remember the Law of One, the Golden Age of Poseida. For within that Golden Age existed a very spiritual matriarchal society which achieved a harmonic state of divine balance, the highest frequency ever achieved upon the Earth plane in what is termed the Golden Age of Atlantis.

Indeed that time has come, for the Law of One was and is the once and future society of the Power of Love, not the Love of Power. And we say future, because the Law of One will indeed re-emerge, and it is beginning once again across the planet, specifically in the Crystal Vortexes of Arkansas and Brazil.

And we emphasize that in 2011 continues the grand exponential flux and harmonic expansion of the great Atlantean Master Temple Crystals of Poseida, held for over 12,000 years in dimensional seal within the magnetic complex of Arkansas. On the 11-11-11 the Great Platinum Crystal awakens, and joins into the Crystal Vortex network with the other mega Crystals of Arkansas, the Blue Crystal of Knowledge and the Emerald Crystal of Healing.

Many of you will be drawn to take part in the unveiling, for indeed you were there as witnesses to the deluge and some of you to the consequent movement of these amazing Atlantean Master Crystals to this and other areas. The new Crystalline Age is upon you, it is the transition you call the Ascension.

The diamond phase of the Crystalline Transition of Earth was realized on the 10-10-10, in correlation to the 10th dimension and 12th Chakric resonance. The Platinum Phase begins on the 11-11-11.

Part 2 The Story of Atlantis, the True Legend of the Fall & The Second Moon of Atlantis