I am a giant rising up from the grave of antiquity to deliver truth that will bring the world into chaos and to help create a new paradigm to which all people can celebrate not their heritage but their spiritual history.

Rising Up from the Grave of Antiquity to Deliver Truth

Never give up on your dreams — never. Never. Sit down. I want to tell you a story. Now here is what I want you to understand: that in order to be fully empowered — fully empowered — one must be free of one’s past. One must be free of the rider, the necromancer that is inside of you that causes you such distress and anguish and unhappiness. And these have to be addressed before there is  a real healing of  disease in the body, and a real change of life, and the longevity of life itself. I want you to know that every cell in your body was created to live forever. It has the ability to rejuvenate itself to its youngest, most flowering aspect and to be able to hold the boundaries of that constitution into infinity. However, a person whose life suffers — personal suffering, indeed personal anguish, indeed personal sorrow — living in fear that somebody is going to guess what is wrong with you, and living in fear that someone is going to know your lie, and always having to live every day as a hypocrite, ages the body. It does.

Kindly focus, because when we know our past, we are released from the times of our past. It is no longer a mystery and it hasn’t been kept from us through political, religious, socioculture organizations. Here is the way it was.

I am a being out of time. I truly am. I am a being living out a very ancient and remote dream. So the words that I use are selected from the melting pot of your words that stimulate you, that you can understand, and they are very unsophisticated. But if I talked to you in my tongue, you would be bewildered. I am a foreigner in the greatest sense of the word. 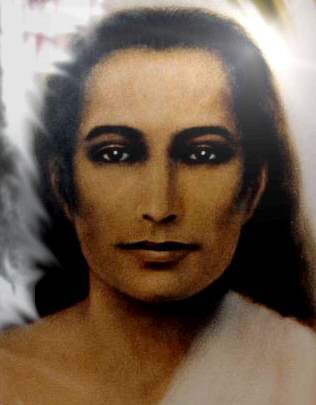 In my day I am seven feet tall. I have cinnamon skin and very black eyes and very long, black hair. I am not considered politically correct. My people were the whitest people. They were the golden people of copper-haired and reed-colored eyes and rose-tinted full lips to pale faces and ice-blue eyes and a thin hint of a mouth, thin hair but white as snow. My people were as black as night, tall, towering, beautiful. They were Ionians. They were the red man of the Atlatian. They are the modern-day Indians who used to have it all. Now they are reduced to fishing and gambling. You don’t like it? I don’t really care. You know why? Because if this is the time that you are a red man, you have been an Ionian, you have been an Egyptian, you have been an Atlatian, you have been a million other lives. Why should you take precedence with this one?

You know, Ramtha means the Ram who descended the mountain in a terrible day. It is about that in all antiquity. And in ancient Egypt, there is an avenue dedicated to the Ram,  the great conqueror, and that lived ten thousand years, fifteen thousand years after I left here. And they were wise enough to understand that whoever could walk down the avenue of the Ram could conquer the wind. That is mythology.

If ever you can find a bas-relief of a picture of a ram, get it. The greatest civilization four thousand years ago in its demise recognized what was considered a truth, even in their time, to remember something that was really important. The terrible day of the Ram is not remembered in the Bible; it is not remembered in ancient text. But it is remembered in ancient text because 35,000 years ago, it would be fifteen thousand years to ten thousand years that Jehovah and his sister would appear on the scene, and they would be the ones that would create a division in all humanity and a religion about believing in a God and being on the winning side. That would be the basis of religion itself, certainly the myth of Moses and Abraham.

Now here is what I want to teach you about religion. No religion wants to acknowledge my time because it was the time of the Gods, before Jehovah. If Jehovah would have lived in my time, he wouldn’t have stood a chance. When it came to the end of the evacuation and the liftoff off this Earth — when human beings bred to be slaves of the Gods, servants of — great intelligence left. And what was left was the memory of the Gods, but all they were, were superhumans.

And what you are today, the bodies that you chose, are Gods, not only Gods as Homo erectus but Gods as that other line of genetics that was given to you forty thousand years ago and two hundred fifty thousand years ago. Why did you choose this body? Because you are ready to use the big brain and you are ready to use that which transcends superstition. Are you Gods? Oh, yes. But what do we have to say about you if you still live under guilt of a religious regime? That is not godlike; that is slavelike.

{josquote}One must be free of the rider, the necromancer that is inside of you that causes you such distress and anguish and unhappiness. And these have to be addressed before there is a real healing of disease in the body, and a real change of life, and the longevity of life itself.{/josquote}So you love something and you are listening to something that is older than Moses and older than Abraham. You are listening to the first God who understood how to ascend, a human being that was never a cross with that which is termed the Atlatians but a pure stalk of an Atlatian group that used us as slaves, the true heritage being Lemurian. Those who came from beyond the North Star are the giants that are buried in myth, that one day they will rise up again. Don’t you know that the giants who come out of the Earth are part of me? I am a giant rising up from the grave of antiquity to deliver truth that will bring the world into chaos and to help create a new paradigm to which all people can celebrate not their heritage but their spiritual history. 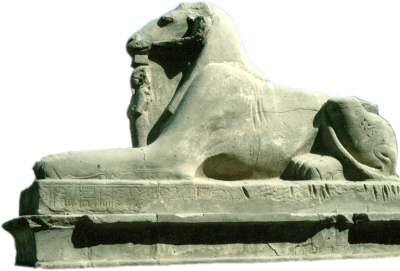 JZ Knight channeling Ramtha
A Master’s Reflection on  the History of Humanity, Part I

You will find a lot of excerpts of Ramtha on the site, as well as short video clips and and all the scheduling of Ramtha’s World Tour and of the School of Enlightement.