The Law Of Magic

Effect and Cause by Osho 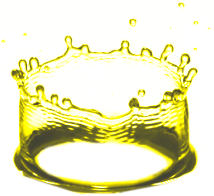 I will tell you one of the deepest laws of life. You may not have thought about it at all. You have heard — the whole of science depends on it — that cause and effect is the base. You create the cause and the effect follows. Life is a causal link. You put the seed in the soil and it will sprout. If the cause is there, then the tree will follow. The fire is there: you put your hand in it and it will burn. The cause is there and the effect will follow. You take poison and you will die. You arrange for the cause and then the effect follows.

Produce the effect and the cause follows.

I tell you, it is easier to create the effect because the effect depends totally upon you; the cause may not be so dependent on you. If I say I can only be happy when a certain friend is there, then it depends on a certain friend, whether he is there or not. If I say I cannot be happy until I attain this much wealth, then it depends on the whole world and the economic situations and everything. It may not happen, and then I cannot be happy.

{xtypo_sticky}The cause is beyond me. The effect is within me. The cause is in the surroundings, in the situations — the cause is without. The effect is me! If I can create the effect, the cause will follow.   {/xtypo_sticky}Choose happiness — that means you are choosing the effect — and then see what happens. Choose ecstasy and see what happens. Choose to be blissful and see what happens. Your whole life will change immediately and you will see miracles happening around you…because now you have created the effect and causes will have to follow. This will look magical; you can even call it “The Law of Magic.” The first is the law of science and the second is the law of magic. Religion is magic, and you can be the magician. That’s what I teach you: to be the magician, to know the secret of magic.

Try it! You have been trying the other your whole life — not only this but many other lives also. Now listen to me! Try this magic formula, this mantra I give to you. Create the effect and see what happens; causes immediately surround you, they follow. Don’t wait for the causes; you have waited long enough. Choose happiness and you will be happy.

But you don’t know: life energy has its own ways of working. If you can act totally it will become the real. The only thing is, the actor must not be there. Move totally in it, then there is no difference. If you are acting half-heartedly then it will remain artificial.

If I say to you dance and sing and be blissful, and you try half-heartedly, just to see what happens, but you remain behind…and you go on thinking: This is just artificial. I am trying but this is not coming, this is not spontaneous — then it will remain acting, a waste of time.

{xtypo_sticky}If you try, then try wholeheartedly. Don’t remain behind, move into it, become the acting — dissolve the actor into acting and then see what happens. It will become real and then you will feel it is spontaneous. You have not done it; you will know then that it has happened. But unless you are total this cannot happen. Create the effect, be in it completely, see and observe the results.  {/xtypo_sticky} I can make you kings without kingdoms; you only have to act like kings, and act so totally that before you even a real king will appear as if he is just acting. And when the whole energy has moved into it, it becomes reality! Energy makes anything real. If you wait for kingdoms they never come.

Even for a Napoleon, for an Alexander, who had big kingdoms, they never came. They remained miserable because they didn’t come to realize the second, more basic and primal law of life. Alexander was trying to create a bigger kingdom, to become a bigger king. His whole life was wasted in creating the kingdom, and then there was no time left for him to be king. He died before the kingdom was complete.

Swami Ram, one of the mystics of this century, went to America. He used to call himself Badshah Ram, Emperor Ram. And he was a beggar! Somebody said to him: You are just a beggar, but you go on calling yourself the emperor. So Ram said: Don’t look at my things, look at me. And he was right, because if you look at things then everybody is a beggar…even an emperor. He may be a bigger beggar, that’s all. When Ram said: Look at me! in that moment, Ram was the emperor. If you looked, the emperor was there.

{xtypo_sticky}Create the effect, become the emperor, be a magician… and from this very moment, because there is no need to wait. One has to wait if the kingdom has to come first. If the cause has to be created first, then one has to wait and wait and wait and postpone. There is no need to wait to create the effect. You can be the emperor this very moment.{/xtypo_sticky}When I say, Be! Just be the emperor and see: the kingdom follows…. I have known it through my experience. I am not talking to you about a theory or a doctrine. Be happy, and in that peak of happiness you will see the whole world is happy with you.

There is an old saying: Laugh and the world laughs with you; cry, and you cry alone. Even the trees, the rocks, the sand, the clouds…if you can create the effect and be ecstatic, they will all dance with you; then the whole existence becomes a dance, a celebration.

But it depends on you, if you can create the effect. And I say to you, you can create it. It is the easiest thing possible. It looks very difficult because you have not tried it yet. Give it a try!

Osho My Way: The Way of the White Clouds