The Gates of Horn 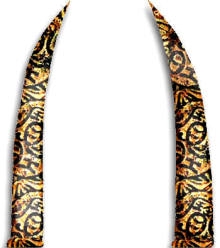 For those of you wondering about Seth’s concept of “True Dreams from the Gates of Horn,” here’s some excerpts of Seth ESP Classes: There is something that I would like you to do. During the week, before you sleep, tell yourself, if you want to, that you will have a true dream that will come from the Gates of Horn. Now that is an ancient suggestion given by the Egyptians. The Gates of Horn.

Now such dreams will help you recognize some of your beliefs and will charge your being with energy. The class is quickening. I am giving you assignments. Some of you will follow them, and some will not. But the means will be here for those of you to follow who want to badly enough – I should say, goodly enough – but those of you who are willing to take the time and the energy, those assignments that you have not as yet discussed in class are important.

Question: Exactly what are the Gates of Horn, or is that unimportant?

Note: The Gates of Horn have been mentionned already by Egyptian Priests, 3000 B.C. There are also the Gates of Ivory which deliver „small“ dreams which are not so „true“ or which are less significant.

The Gates of Horn and Ivory

Chapter Fifteen – Further Expeditions: Out-of-Bodies and the Gates of Horn

Seth closed Jane’s eyes; Jane immediately opened them. Someone filled her in on the “Gates of Horn,” while I sat sullenly, feeling lousy. Everyone else had taken to the idea at once. All I could think of was the Baba group, dancing around that huge, ridiculous photograph. I didn’t respond this way very often to things that went on in class, but when I did, it tended to be toward the extreme. Right then, I wanted to quit class and go home. And yet … always, that annoying “And yet.”

“Well, that sounds interesting,” Jane said of the Gates of Horn – lightly, without much enthusiasm. “I’m all for harmonizing portions of my being, you know?” Then she looked at me and smiled, instantly discerning the nature of my grumps, and shrugged. “Who knows?” she offered me, laughing. “Sometimes I depend on you to react like that,” she added affectionately, then turned to answer someone else’s question.

After class, I drove home alone, trying to sort out my doubts. What difference did a dream suggestion make, after all? If you didn’t really like the suggestion, then no matter what you told yourself before falling asleep, you wouldn’t use it. Your self protects yourself very nicely that way – except, another part of me noted, in the case of nightmares … well, even nightmares were edifying … But what portions of my being would be involved? What was meant by “harmony,” anyway? What in hell bothered me so much? Faced with the possibility that True Dreams from the Gates of Horn, or wherever, could actually help harmonize the warring parts of my being, was I balking, preferring the clashes of indecision to resolution? Was I simply getting too introverted lately, too analytical?

Odd, I mused, that the day before this class, I’d had an irritatingly persistent buzzing sensation in my left ear. I’d gone to the local hospital emergency room to see if an insect or something were stuck in there … but there was nothing; the noise had finally just stopped. This was the same ear that I’d had abscesses in twice before; and – funny thing, really – who had shown up in tonight’s class but Juanita, who’d also had ear problems that Tuesday in 1971, when Seth had given us both hints for the symptoms’ causes – which, in my case, had involved love and/or the warring portions of my self. Hmmmm. And then – oh, but this was too much – I’d found out that morning that the doctor who’d treated me that last time in 1971 had died of a lingering malignancy the Tuesday before. Like a waking correlation. Like a strange harmony of circumstances. Well …

As usual, I shouldn’t have worried. “True Dreams from the Gates of Horn” became indeed some of the most ecstatic, joyous, and profound dreams that we recorded; used particularly in times of stress, and interpreted in light of our daily events, “TD/GH” dreams were labeled by all who experienced them as “different – completely different” – in their emotional intent and relationship to you, the waking/sleeping being.

“I realized,” says Betty DiAngelo, “that my TD/GH dreams all deal with nature in some way; the two realities always kept merging and I would have a difficult time writing [the dreams] down because of this … I think the fascination I have for paintings by Roussea … is because all those throbbing jungle scenes are TD/GH – type inspirations … 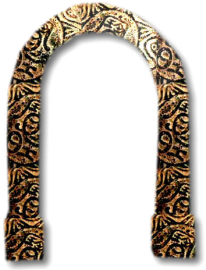 True Dreams from the Gates of Horn’ come whenever I suggest to myself that I have them,” says George Rhoads. “These always produce important revelations or experiences that reflect a shift in perspective, an expansion. Daily events take on a dream aspect, and I am able to interpret these events as I would those of a sleeping dream. I am more attuned to the weather, animals, other people, and my own body. All these speak through [an] inner voice.

Several times in class I have entered a different area of consciousness in which my focus widened to include all sensations equally, my own thoughts becoming one small event among many at once. With this came an inner quiet, a calm and crystalline attention.”

Now, the suggestion that I gave you, was given, of course, for a reason,” Seth told us of the Gates of Horn dreams. “Those dreams will involve you with beliefs behind your daily reality; and, in certain form, you will see how you form that reality, and your most intimate living relationships. There will be, therefore, a correlation between those dreams, your beliefs, and your daily experience.

I want you to continue the suggestion as given, and then to interpret the dreams in the light of your beliefs and your daily private experience. Later there will be other suggestions, dealing with other levels of reality, as you will interpret them in the dream state.

Each of you must do this work – this play! – for yourself. It will teach you invaluable information if you allow it to. We are beginning a new series of exercises that will involve the dream state and your waking reality. And those of you who are able to follow will later be able to make appointments and keep them in the dream state. But the work – or play – however you consider it, must be done. You must therefore become intimately acquainted with the particular dreams that come to you from what we refer to as the Gates of Horn. Both the Gates of ivory and the Gates of Horn, historically, in your terms only, were used by the Egyptians. Their idea was that dreams from the Gates of Horn were ‘true,’ and dreams from the Gates of ivory were ‘not.’ But we [in class] are dealing with different definitions!

Now, listen. As you meet here in the waking state, so you do indeed meet, many of you, in the dream state, at other levels of actuality. You exchange ideas. You help each other. You have, in those terms, an interior family. Now, for those of you who do not like the idea of families, the analogy may not be a pleasant one!

However, the fact remains that in the dream state, many of you meet each other. You have a common bond, for you understand that you create your own reality. [And] each time you remember to wake up and record a dream, you are doing something with your consciousness, and it is important. For you think enough of your interior life to consciously record it as a physical event in your time. And with your beliefs, that is important . . .

So you do not have to dream in order to become aware of other realities. You must simply allow your consciousness some freedom. Then in the middle of your ordinary activities, you can become familiar with other kinds of reality that are, in other terms, quite familiar to you. You are simply in the habit of blocking these out, and they represent strong portions of your own reality and being.

You may find yourselves with a random thought that does not seem to fit in with what you are doing or thinking at the time, and so you dismiss it. It seems random because it does not appear to fit in with your organized picture of reality, but It is an important mosaic that you throw away.

So l also joyfully, and playfully, and creatively challenge you (even Jed over there!) to become more and more aware of your waking experience, and of those stray thoughts that come, like thieves in the night. They are not official. You do not accept them. The intellect says, ‘Oh, no!’

Listen to those thoughts. Open your mind a mite further – in your ordinary waking life, in the middle of your ordinary pursuits, and see what miracles are there; and I say miracles. Miracles, because they can help you transform your own understanding, and your own reality. And you have been blind to them because you fear you will lose your identity Your identity, instead, you see, can grow and include such experiences.

Now I told you that class was quickening, so the time is ripe for each of you. So . . . be gentle with your own experience. Do not be such a disciplinarian that when stray thoughts or intuitions come to you, you dismiss them. The fields of your own being are filled with flowers that you do not recognize. You do not stop to look at them or smell their odors. They are not official flowers or official thoughts. Sometimes you try to be too practical!

Dreams surely are difficult, confusing, and not everything in them is brought to pass for mankind. For fleeting dreams have two gates: one is fashioned of horn and one of ivory. Those which pass through the one of sawn ivory are deceptive, bringing tidings which come to nought, but those which issue from the one of polished bone bring true results when a mortal sees them.

Chapter 15 is an excerpt  from the book of Susan Watkins: Conversations with Seth