As long as there has been humans, there has been hypnosis. Hypnosis is actually an innate state of consciousness we enter into and leave quite naturally and freely hundreds of times during our day-to-day experiences.

Did you know that you’ve already been hypnotized thousands of times in your life? In fact, when you daydream, space out during a meeting or in a classroom, find yourself absorbed in a TV program, or lose yourself in a good book, listen to a captivating story, you are in a hypnotic state.

A Proven Solution for:

• Past Life Regression AND MUCH MORE!

• a slowing down of the thinking (rational), conscious or outer mind

• an experience of inward focused concentration

• a greater access to the subconscious or inner mind

• a greater receptivity to „agreeable“ suggestions

Hypnosis is similar to day dreaming or the state between sleeping and waking. In this relaxed state your brain wave vibration rate slows down (known as the alpha state), giving you direct access to your subconscious or inner mind – when you are in hypnosis, you are more open to positive suggestions. Your conscious or outer mind is still completely aware of what is going on the whole time but in this state, it takes a back seat to your subconscious mind – the subconscious or inner mind is 88% more alert when you are in hypnosis.

Hypnosis uses an everyday human process (state of mind) to change unwanted, negative or destructive patterns into positive patterns of behaviour and/or thought.  Advertisers understand the power of hypnosis – they use television programs to induce a hypnotic state and then provide you with hypnotic suggestions, called commercials!

Hypnosis is totally safe and probably the most comfortable way anyone can make effective change in their lives.

There are 4 things everyone should learn about hypnosis: 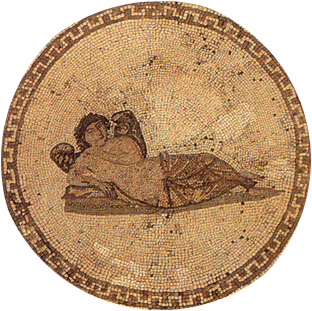 1) All hypnosis is not the same

As with anything, there is good, bad and indifferent hypnosis. At Nexus Hypnosis all our hypnosis is cutting-edge, ‚indirect‘ hypnosis. There’s no „You are feeling more and more sleepy“, no ’subliminals‘ and no „You are 100% confident because the power of the universe is flowing through you“. Instead, our approaches are all based on proven psychological priniciples to give you what you need, quickly and comfortably.

How do I know if I can be hypnotized?

Have you ever heard the idea that some people can’t be hypnotized? Well that came about because old-fashioned hypnotists would order people around, (you know the sort of thing: „Your eyes are heavy, you are getting sleepy“). Most people don’t enjoy that, so they wouldn’t go into hypnosis – it’s as simple as that.

When you experience the wonderful sensation of being gently directed how to use your mind to create an incredible state of internal calm, you will learn just what hypnosis is, and why you can do it.

2) Hypnosis is a powerful, effective and 100% natural part of you

The ability to go into hypnosis is as much a part of being a human being as speech.

If you couldn’t go into hypnosis, you wouldn’t be able to learn, to sleep, or to get yourself nervous by doing ’negative self hypnosis‘. (You know when you imagine things going wrong and it makes you feel anxious? Well that’s hypnosis too!)

Over the last century thousands of pieces of research have been carried out by highly trained professionals into clinical hypnosis, the most powerful tool we posess for improved performance and change.

At last, hypnosis is moving out of the realm of wizards, magicians and magic and into the clear light of modern science – exactly where it belongs.

3) In hypnosis, you are in control

Crazy news stories, stage hypnotists, Hollywood and gossip has led many people to believe that when you are in hypnosis, you are under someone else’s control. Nothing could be further from the truth. When you are hypnotized, you are just really relaxed and focused – in fact, the most common comment is „Was I hypnotized?“. The only reason people stay in hypnosis is because it feels fantastic. Any time they want to, they can get up and walk away.

4) Going into hypnosis isn’t the same as being asleep

People often say things like „I could hear every word you were saying“, or „I felt like I could open my eyes if I wanted to“. It is vital to learn that hypnosis isn’t like being asleep – you can be aware of everything around you, just like when you meditate (in fact the two states are nearly identical). In hypnosis, you simply have a stronger focus internally, plus wonderful deep relaxation.