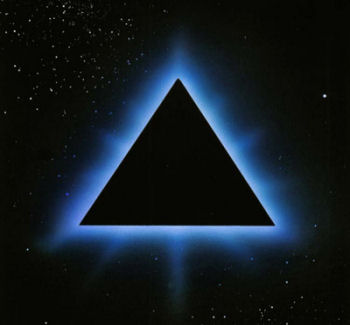 To establish a protocol to allow public interaction with Extraterrestrial Intelligences that may make, or express a desire to make peaceful contact with the people of Earth. This „Contact Act“ is proposed by Darryl Anka who channels Bashar. In my opinion an act like this is necessary. So far there exists a law in the U.S. that punishes each contact with aliens or by prison or by high fees. I think we should be prepared for a possible landing and act already now as if it would happen. If it will happen is secondary.

You will find the informations at the Bashar Website under „New“ and then „Open Contact Website“. If you think this is a good idea, please leave your comment and/or subscription for this law at Bashar’s site.

Be it enacted by the European Council

This Act may be cited as the ‘Extraterrestrial Contact Act of 2005’.

SEC. 2. ESTABLISHMENT OF PUBLIC RIGHTS AND PROCEDURES PRIOR TO ACTIVATION OF CONTACT PROTOCOL.

(1) Upon enactment of this Act, all members of the public, whether individual or in groups, shall immediately have —

(a ) The irrevocable right to freely interact, associate and communicate with Extraterrestrial Intelligences, whether on or off the Earth, within the guidelines set forth in the Contact Protocol; and

(b ) The irrevocable right to freely discuss, record, transcribe and communicate to others, within the guidelines of the Contact Protocol, the nature and content of such interactions, associations and communications with Extraterrestrial Intelligences.

(2) Upon enactment of this Act, the Extraterrestrial Contact Act organization (“ECA”) shall immediately and irrevocably have –

(a ) The right to globally promote similar versions of this Act and its Contact Protocol and to lobby for its adoption by other nations of Earth; and

(c ) The right to establish, oversee and conduct an international voting procedure by which the leaders of each nation, as representatives of its citizens, can cast one vote per nation either for or against such additions, deletions and/or other changes; and

(d ) The right to officially add, delete and/or make changes to the Contact Protocol upon the ECA’s confirmation of majority approval of such additions, deletions and/or other changes.

In the event that an Extraterrestrial Intelligence makes, attempts to make, or expresses a desire to make peaceful contact with the people of Earth, the President of the United States shall —

(1) Make every reasonable effort to establish contact with the Extraterrestrial Intelligence and to confirm, in a timely manner, their peaceful intentions and that such Intelligence poses no biological danger or other unintended threat or harm to Earth; and

(3) Immediately inform the leaders of all other nations, the representatives of the United Nations, NASA, SETI and the ECA, via the organization’s Executive Director (“Director”), of the existence and nature of the Extraterrestrial contact and to include the above individuals and organizations in any discussions with respect to the content of all public announcements revealing the Extraterrestrial’s existence or nature to the public; and

(4) Within twenty four hours thereafter, make a globally-televised public announcement of the existence and nature of the Extraterrestrial contact; and

(5) Immediately schedule and facilitate a globally-televised interaction between the Extraterrestrial Intelligence, the President, the representatives of the United Nations, NASA, SETI and the ECA in order to freely negotiate, establish, coordinate and conduct a protocol for peaceful, continuing, global and mutually beneficial relations with the Extraterrestrial Intelligence and its respective society.

Upon establishment of contact and interaction with any Extraterrestrial Intelligence, the ECA shall —

(2) Make those reports a matter of public record and available to the public upon request for a reasonable fee to cover costs of duplication, mailing, on-line services and other reasonable charges; and

(3) Announce the progress of the interaction, if any, to the public every six months via televised and website-posted reports.

(1) The term ‘Extraterrestrial Intelligence’ means any consciousness, entity or sentient being, whether individual or collective, physically corporeal, incorporeal or inter-dimensional, whose point of origin is other than from Earth or Earth’s spatial or temporal plane of existence.

(2) The term ‘Earth’ means the planet in its entirety and its distinct components, including the people of Earth and all natural and artificial infrastructures, biosystems, ecosystems and geosystems.

(3) The term ‘biological danger’ means a pathogen, chemical, or other organism, substance, procedure, device or agent that would cause physical threat, harm, death or destruction to Earth, its people, its natural and artificial infrastructures, biosystems, ecosystems and geosystems.

(4) The term ‘peaceful’ means inclined or disposed to peace; devoid of violence or force; without recourse to warlike methods.

The potential impact and effects of contact with an Extraterrestrial Intelligence on the social, political, economic, religious, cultural, psychological and other aspects of human society are difficult to predict and thus, these subjects are beyond the scope of this Act, excepting that —

(1) In the understanding that such open contact and subsequent interaction with an Extraterrestrial Intelligence might conceivably generate both profound and subtle changes in the above aspects of society as a whole, or to individuals within it, it is the intention and purpose of this Act that —

(a) Its enactment will mitigate, or lessen, any such changes and/or effects that might be deemed harmful to those aspects; and

(b) Its enactment will help to generate positive and constructive changes and effects by preparing human society in advance for such initial changes and their effects; and

(c ) Its enactment will allow for such preparation by educating the public as to the possibility of contact with Extraterrestrial Intelligence and through the establishment and promotion of the Contact Protocol that will provide for an official, globally approved and unified response to such contact; and

(d ) Its enactment and/or adoption will supercede and replace any other policy or procedure pertaining to such contact presently in place within any nation or organization; and

(e ) Its enactment will guarantee the irrevocable right of the public to freely interact with Extraterrestrial Intelligences without punitive consequences of any kind, barring infractions of laws in force that do not contravene nor contradict the purpose and intention of the Contact Protocol.