The Eagle and the Grasshopper 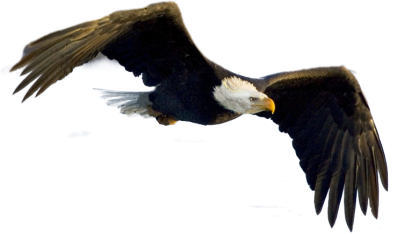 Once upon a time there was a grasshopper, who through
diligent practice became one of the best hoppers in the land.
She loved hopping so much, she began teaching other
grasshoppers how to hop. She was very disciplined and required
they faithfully follow her commands. She told her students
what to eat, when to eat and how to eat. During their practice
sessions, she barked out orders telling them exactly what to do.

Soon, baby grasshoppers that had never hopped before were
learning how to hop, adults that could barely hop were
hopping much better, and even those who already were good
hoppers could now hop much higher. The teacher felt very
fulfilled.

Then one day a creature showed up that she had never seen
before – an eagle. She was determined to teach the eagle how
to hop, as she was certain that hopping was the path to
fulfillment and enlightenment. But every time she approached
the eagle, he just said, „There is no need.“ She kept
trying, but the eagle insisted, „There is no need.“ Finally,
at a large gathering of all the grasshoppers, she pointed to
the eagle and announced angrily, „No matter what I say or
do, this stupid eagle will never learn how to hop. He does
not understand us.“

The eagle looked at the grasshoppers and said, „You are
content with hopping, but I can fly.“

„Stop this foolish talk of flying!“ screamed the teacher.
„Flying is just imagination and fantasy.“ She turned to the
grasshoppers and said, „Any time such thoughts arise,
immediately focus your energy back on your hopping – this is
how you will become enlightened.“

„You know nothing about flying!“ said the eagle with a
commanding voice that silenced the grasshopper. The eagle
turned to the grasshoppers. „I can show you a world far
beyond your grass fields. If you listen to me, I will teach
you all to fly.“

The eagle waited for them to respond, but when he looked
around, incredibly, all he saw were blank looks on the faces
of the grasshoppers. He walked away, very sad.

Later that day, while soaring far above the tall grass of
the fields, an insight emerged from deep within the eagle’s
innermost being. He realized that to communicate with the
grasshoppers, he would have to speak the grasshoppers‘
language – the language of hopping.

The next day, the eagle returned to the grasshoppers‘ world
and quickly learned how to hop. The grasshoppers were
surprised. Not only could the eagle hop, but he could hop as
well as any of them.

The teacher kept a wary eye on the eagle. She feared her
grasshoppers would get swept away by the eagle’s stories.

But the grasshoppers were curious and some of them began to
sneak away to talk to the eagle. „How is it that you know
how to hop and yet you talk of flying? It goes against our
teacher’s orders.“

„Hopping is useful, but when you can fly, it is no longer
necessary.“

„Tell us more,“ said the grasshoppers.

The eagle began describing the world beyond the grass
fields, a world that included mountains, rivers and oceans.
He sensed they were nervous but assured them there was
nothing to fear.

„When you are flying, you are totally at peace. Sometimes, I
feel like I am connected with everything and watch as
everything happens automatically without any effort on my
part. I am no longer an eagle flying, but I become flying
itself.“

Later that day, a solitary, brave grasshopper approached the
eagle and asked, „Can you take me flying?“

The eagle nodded and gently took the grasshopper in his
powerful talon. With a few beats of his wings they were
aloft. Circling overhead, the grasshopper could see the
mountains, rivers and ocean that the eagle had described,
far beyond the familiar grass fields. Careful not to go too
high, the eagle soon returned the grasshopper to the ground.

Hearing the commotion, the other grasshoppers rushed over to
find out what had happened.

„He took me flying!“ announced the brave grasshopper
proudly, but then admitted, „I got dizzy. I didn’t like it.“

„But our teacher has told us that flying is just
imagination,“ said another grasshopper.

„Bless your teacher and be grateful to her, for she has
taught you to hop,“ said the eagle. „But now you know the
truth.“

The eagle looked deep within the eyes of the brave
grasshopper. Though she was still a bit dizzy, he saw a
spark within her very being. He looked at the others and saw
that the spark was already spreading to them. Soon, they
would no longer be content with just hopping – they would
all want to fly.

„My work here is done,“ announced the eagle abruptly. „Some
day you will all learn to fly!“

„But if you leave, who will teach us?“

„Rest assured, as it has always been, when the student is
ready, the teacher will appear.“

With that, the eagle unveiled his powerful wings and soared
off into the sky.

ARE YOU READY TO FLY ?

Edwin Harkness Spina is the author of the award-winning spiritual thriller, Mystic Warrior. Receive a free copy of Mystic Secrets Revealed when you subscribe to the Mystic Warrior Newsletter